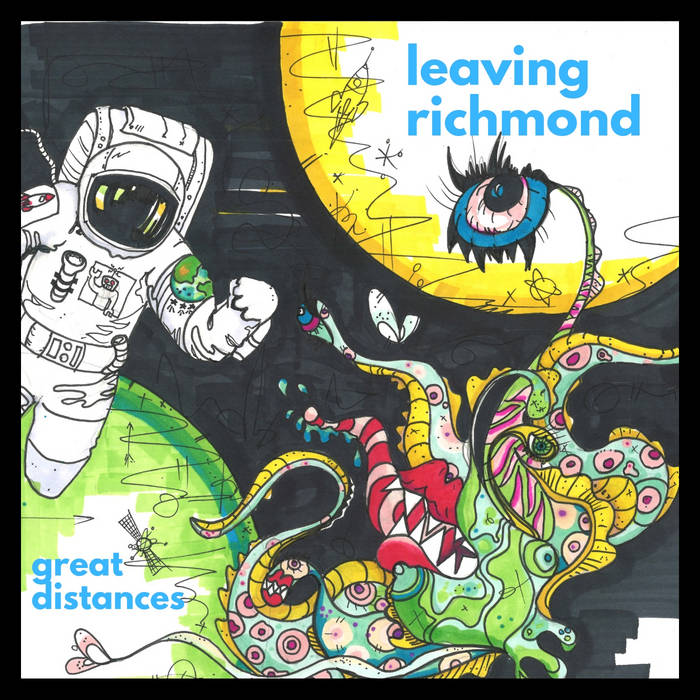 Michael Reilly Relaxed electronic tunes featuring a nice amount of tension and energy. A lot to like here, with a healthy variety in sounds and tempo, and approaches to making music, throughout the album. Another winner from leaving richmond. Favorite track: What About Now ft. A Sanborne.

There's a great balance between momentum and ambience often providing just an edge of tension at times.

Shady Ridge Records Such great production and energy coming from these mixes! An artist that only gets better as time goes on. Definitely recommended. JW/KST Favorite track: A Human Element.

Dubs Inc Love this album. It incorporates sounds from so many different genres and styles in a seamless way. Spend time with it. Favorite track: Temporality.

brusalan leaving richmond creates a diverse collection of rhythmically driven songs that draw from a variety of styles and influences. Favorite track: Waves of You.

7 lovingly crafted electronic-instrumental tracks to add to your collection

Futurism with a human feel.

I want to soundtrack your thoughts.

The music has been broadcast on AM, FM and Internet Radio Shows the world over including NPR stations KCRW and KCUR.

"LA composer/producer Jordan Pier’s project leaving richmond is described as “futurism with a human feel”. This appropriately summarises the sound of this project: a modern palette arranged in an exciting, but human way - like a chilled-out Ozric Tentacles.

Glow Lines is a good title, especially combined with the track’s artwork - you get a clear image of what the song could be from these clues, and you’re not wrong. The track has an ethereal, granular intro, joined with modern-sounding drums. A variety of ambient guitars, pads and other effects are then blended together." - www.theoddcreative.com

"leaving richmond is the electronic music project of Los Angeles based composer Jordan Pier. Aptly-titled Great Distances, his latest release is a half-hour listening excursion that draws from IDM and downtempo styles laced with psychedelia and space age sensibilities. Bouncy bass-laden beats and colorfully vibrating tones add dimension and robustness throughout, making these compositions seem like the perfect accompaniment to stimulating visuals of adventure and speed such as skydiving, rollercoasters, fast cars and rocket launches. Favorites include “What About Now (ft. A Sanborne)”, which is characterized by a chilled trance rhythm, electric guitar textures and looped vocal phrases, as well as “Waves of You” with its ping-pong effects and tripped-out groove. An enjoyably unique offering of imaginative electronica, Great Distances is sure to take the listener on a ride of sound-sensory fun and mind-bending coolness!" www.journeyscapesradio.com

All tracks composed and mixed by leaving richmond.
All tracks mastered by Bad Bat Records.

All the recent codes were redeemed. Thanks!

Bandcamp Daily  your guide to the world of Bandcamp

Cannibal Corpse's George "Corpsegrinder" Fisher stops by for an interview